The institute at which we’re studying told us on Friday that they would organize various excursions for us to go on at the weekends. The first of these, on Sunday, was a boat trip to an island called Sviyazhsk, which is situated about 25km west of Kazan, in the middle of the Volga. I had some recollection of having heard this island recommended as one of the main tourist attractions in the area, so eagerly signed up.

After a week of almost endless sunshine and temperatures above 30°C, I naturally left the house in flip-flops, shorts and a vest, armed with plenty of sun cream. Unfortunately, the weather was overcast and there was a strong wind, diminishing my enjoyment of the two hours spent sitting on the deck of our fine vessel, an East Germany ship vintage 1974. The fact that the “guided tour” element of the trip consisted of a very monotonous woman’s voice drawling in incomprehensible Russian over the PA system, along with the relative lack of anything interesting to see, ensured that the journey to the island was something to be endured rather than enjoyed. 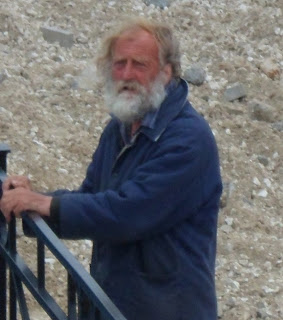 Moods were lifted when, upon arriving at Sviyazhsk, one of the men who helped moor up the boat perfectly fulfilled the stereotypical image of an agèd fisherman. This created the impression that we had come to some distant and isolated island. The first scenes we saw after alighting were in line with this impression, complete with dusty tracks, ramshackle wooden houses and a rusty old motorbike. 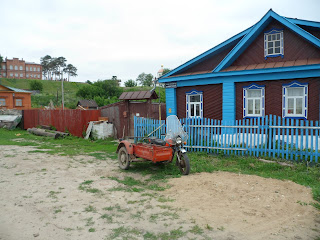 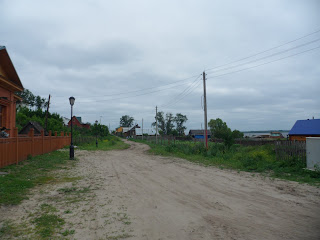 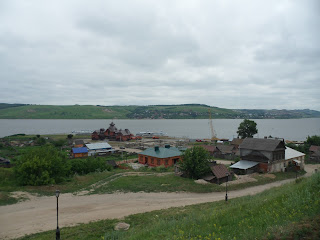 However, as we ventured further inland, the island started to seem less like a remnant of a bygone age and more like a building site. 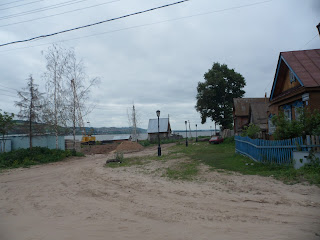 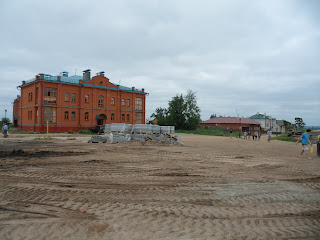 As my friends and I opted out of the guided tour in favour of exploring by ourselves, we had no clue what we were supposed to be taking from this visit. The island begged explanation: despite a spattering of attractive historic buildings, it seemed deeply depressed and dilapidated. I really couldn’t tell whether visitors were supposed to ignore the bleak landscapes and piles of rubble, or whether they were part of what we had come to see. Most tourists who come to Tatarstan are Russians, so it is possible that they’re just so used to this kind of disrepair and desolation that they see through it and enjoy the old churches. Certainly, the landscapes did fit what many Westerners expect Russia to look like: grim, dreary, dismal and kind of half-finished. 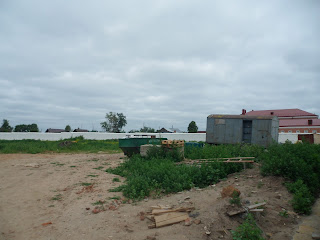 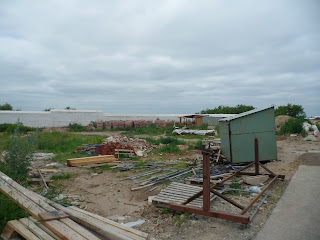 There was an atmosphere that the island was partway through the process of being renovated, but I couldn’t help but feel that it would have been a more appealing destination if it had been left alone. It is an unhappy trend in the former Soviet Union that in misguided attempts to encourage tourism, historic charm is sacrificed in favour of soulless modernity. This is what was seen in Baku, Azerbaijan in the lead up to this year’s Eurovision, and it can also be observed in parts of Kazan. 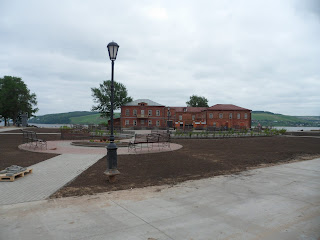 One of the oddest attempts at a tourist attraction on Sviyazhsk was a walled yard in which were a tent, a yurt, an anvil and a few other scattered artifacts. There was no information of any kind, and no apparent way that this made anybody any money, so it almost felt as though it was really just a small encampment of people who wanted to live as if it were 13th century. There was a guy dressed in traditional Tatar-Mongol attire, but he was busy doing something or other with his yurt and didn’t appear to be available to provide any sort of explanation. 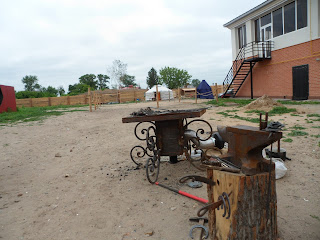 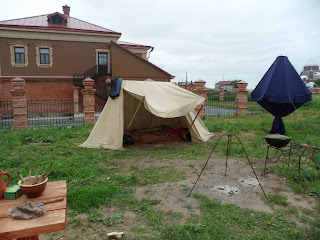 It should be noted that the historic buildings around the island were very nice, despite their unusual surroundings. The monastery was definitely the highlight, although even that is under renovation. The church within the monastery complex was replete with absolutely wonderful artwork, but most of the church’s interior was inaccessible due to works going on. 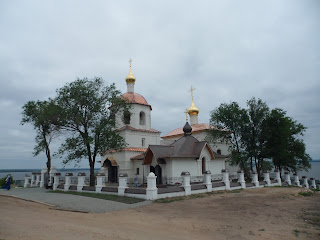 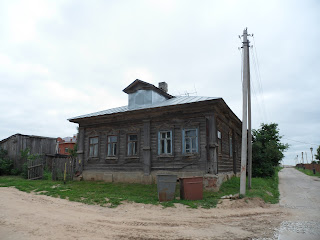 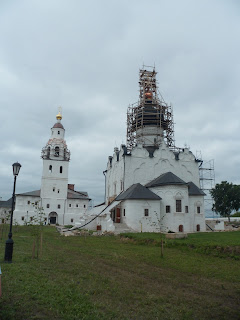 I usually love to visit remote, run-down locales, but this place was run-down in a way that was more unsettling than charming. It was certainly interesting to visit, but not really in the way that was intended: the most interesting thing about it is the very fact that it is considered a tourist attraction. As a final addition to the strangeness of this visit, after walking from one end of the “island” to the other, we were rewarded with the revelation that Sviyazhsk is in fact connected to the mainland by a road. My feeling as I got back on the boat to Kazan? Perplexed. 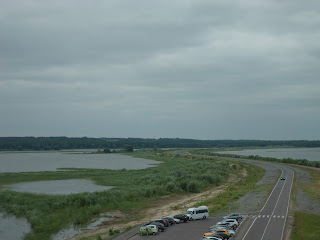